Hello lovelies :)
I found this challenge in Invisibly Perfect blog at the beginning of the year and decided to participate in the challenge, since I am trying to read more books. I can not promise that I will finish this challenge, but I will try and I decided to write a little about the books I read during this challenge. It is fun to take a break from usual make up related posts from time to time :) I already finished two challenges. I read a book with more than 500 pages and a book with a one- word title. 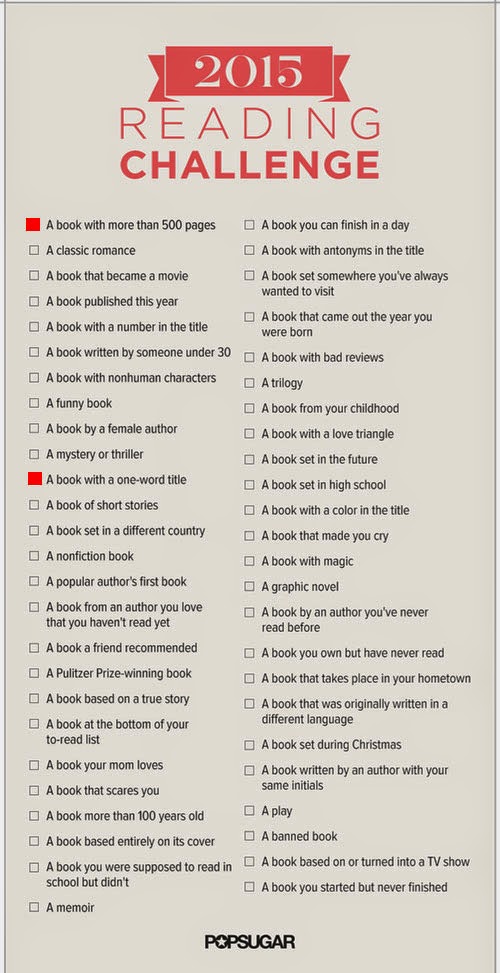 A CLASH OF KINGS (GEORGE R.R. MARTIN)
I personally an a big fan of the Game Of Thrones series and recently I decided to read all the books, before watching the new season of the TV show, that starts in April. A Clash Of Kings is the second part of George R.R. Martin's brilliant series about war, love, magic, incest, killing and other cool fantasy stuff, called A Song Of Ice And Fire.
I am very much a big fantasy fan. so I think that it is needless to say that I really enjoyed the book. I also really like how the book is divided into chapters and each character has it's time to shine. Some of the characters I loved imediately (Jon, Snow, Tyrion, Arya...), others I never really liked (the Onion Knight, Stannis, Joffrey). The flow of the story was really nice, nothing was happening to fast or to slow and all of the characters decisions felt logical and organic. I do believe this book is worth reading (the whole series is), if you are even mildly interested in Game Of Thrones. However it might not appeal to everybody, because of the writing style of the author. I really do not have much to write about this book... It is a pure masterpiece :D 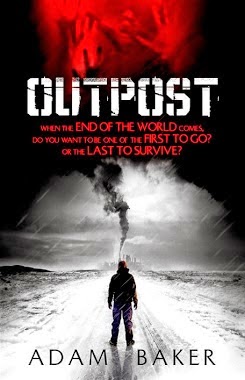 OUTPOST (ADAM BAKER)
This book was the first I found on my Kindle that had a one-word title. I have very mixed feelings about it. I do not usually read these kind of books and I did not connect with any of the characters in the book. The book is set in an apocaliptic world, where disease rampages and a few people, working on an Arctic refinery platform want to go home, while facing countless obsticles.

Kasker Rampart: a derelict refinery platform moored in the Arctic Ocean.  A skeleton crew of fifteen fight boredom and despair as they wait for a relief ship to take them home.
But the world beyond their frozen wasteland has gone to hell.  Cities lie ravaged by a global pandemic.  One by one TV channels die, replaced by silent wavebands.
The Rampart crew are marooned.  They must survive the long Arctic winter, then make their way home alone.  They battle starvation and hypothermia, unaware that the deadly contagion that has devastated the world is heading their way...
(taken from http://darkoutpost.blogspot.com/)

As said before, I really did not connect with any of the characters, especially with the main character Jane.

“Jane woke, stretched, and decided to kill herself. If she hadn’t found a reason to live by the end of the day she would jump from the rig. It felt good to have a plan.”

This quote is basically how the book starts, with the main character wanting to commit suicide. She goes trough some character development, but in my oppinion it is way to subtile to be noticable. All in all she was a weak character in my oppinion. I did like some of the side characters better, especially Ghost and Nail a bit. Ghost was the only character I really cared about and wanted to succeede (spoiler, he does not succeede, but nether does Jane).
The book is fast paced at times and it is easy to get lost in all the things that are going on in the story. It was a solid book for a quick read, but I will definetly not re-read it.

That would be all the books I read so far :) Do you have any recommendations for other categories?
Thank you for reading :)
Have a nice day ;)
Tjaša :)