FOTD: Give me some colour :)

Hey lovelies :)
How long has it been since I posted some make up looks here?

Too long, I say! :) Well here is one I did recently, just the eyes, because I was testing out a new skin product and it broke me out badly :/  Hopefully I will be able to post more make up looks like this, since I am wearing make up almost every day, but because I do my make up at around 5:30 am there is never good enough lighting to picture it. Ok, I stalled it long enough :) here is the look. 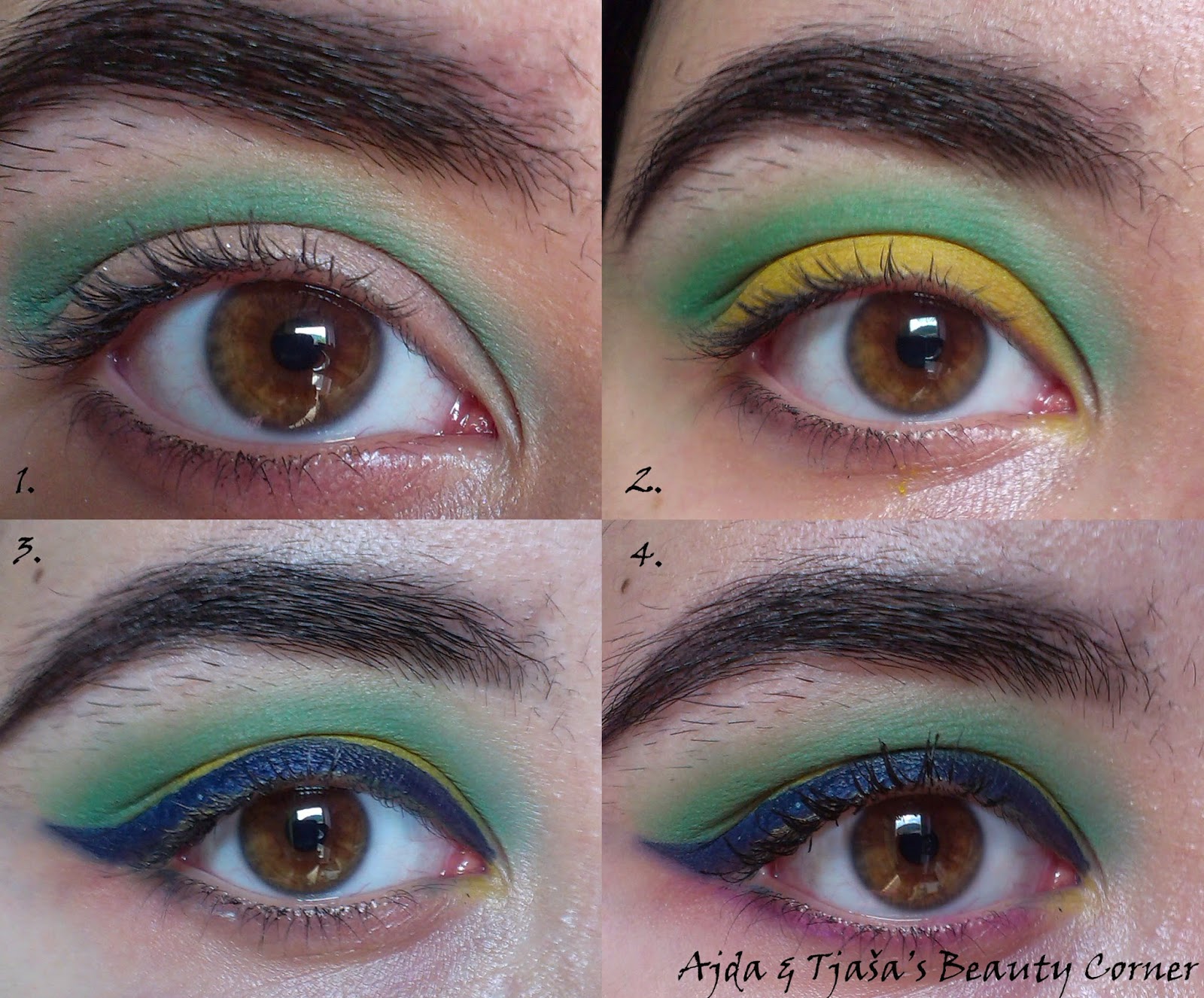 1. Primed my lids with Essence I <3 stage eyeshadow primer and defined the crease with Dragon Fly and Cricket.
2. Used Bamm! all over the lid and Pow! dusted Pow! lightly under my browbone.
3. Made a thick line with a flick with Catrice Eyeliner pen.
4. Used Sugarlite under my lover lash line and applied Essence I <3 Volume mascara.

Well it is quite a simple look isn't it? I basically just played with colours when I was coming up with this look, but I like it :)

What do you think? Do you like to wear colorfull make up or more neutral shades? Which colours do you like to combine?
Hope you enjoyed this post :)
Have a nice day ;)
Tjaša :)