It's been more than a month since my last post and I promise you at least one post a week from now on.
I haven't done an Empties post in a while so it's about time for a new one. 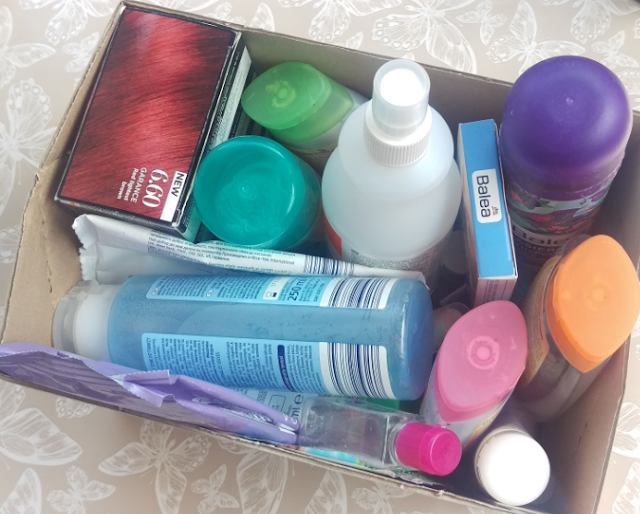 There are some products missing, since I threw them away, those are: 3 Essence Gel Waterproof Pencils in black, some face masks and some hair stuff. 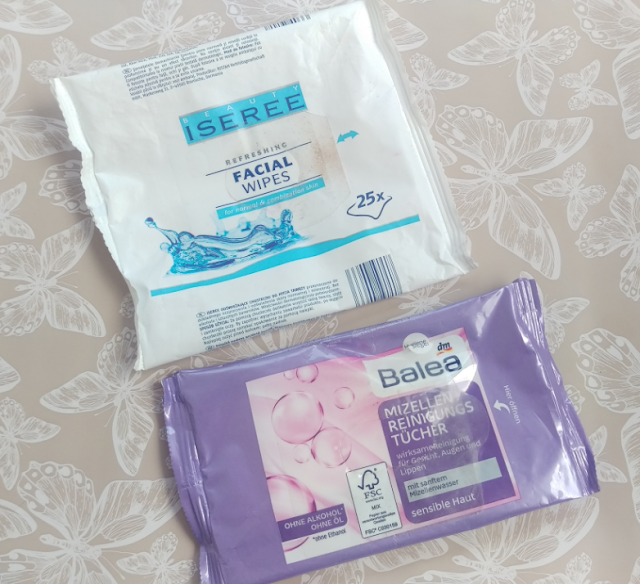 Iseree Facial Wipes for normal skin
I get them every month in Lidl and for the price they are great, they remove my makeup nicely if I'm lazy, but I mostly use them for swatches.
Repurchase: Already did!

Balea Micellar water face wipes
They came out at the beginning of this year and I wanted to try them, they were really nice and also one wipe had a lot of moisture which I like.
Repurchase: Yes, in the future. 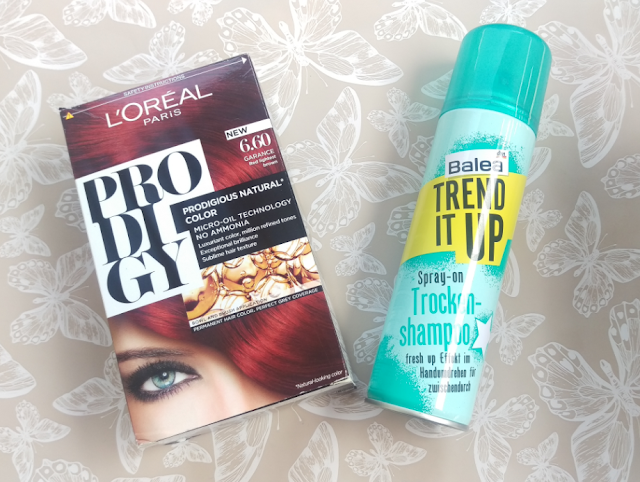 Loreal Prodigy hair dye in 6.60
I've been using Loreal Feria range for over 6 years, but I found the Prodigy line on Click2chic for 3€ and I had to try it, I kind of like it more than Feria line, since it smells nicer and it's a little bit nicer red color.
Repurchase: Already have a backup!

Balea Trend It Up Dry Shampoo
My go to dry shampoo, it's cheap, does not leave white marks and it does the job!
Repurchase: Yes, after I use my Lee Stafford one. 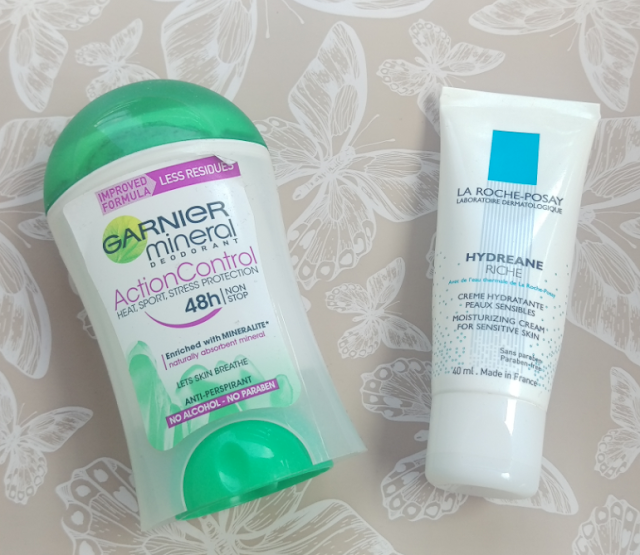 Garnier Mineral Action Control Deodorant
This is the only deodorant that works for me, it never left any marks on my clothes, I was not sweating like a pig when I used it and it smelled nice. But unfortunately I can not find it anywhere...I am literary dying.
Repurchase: I would right away, but I can't find it anywhere.
La Roche Posay Hydreane Riche
This is the perfect cream for colder months for me. I used it in the morning before I did my makeup and it was wonderful. No dry patches were visible after I finished my makeup.
Repurchase: Yes, for fall and winter months. 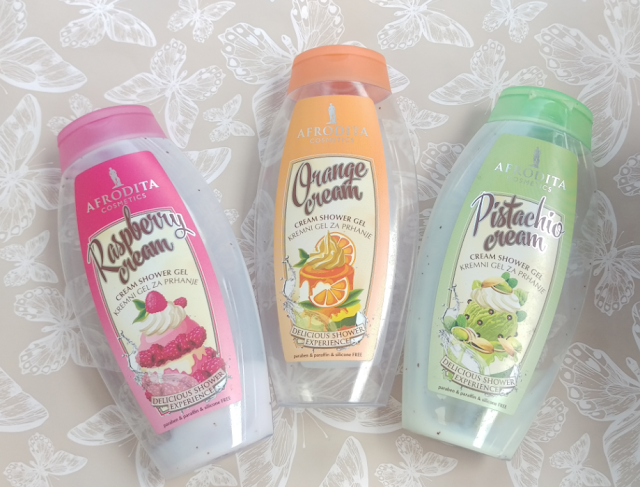 Afrodita Raspberry Cream, Orange Cream, Pistachio Cream shower creams
Oh the shower creams you want to eat...really they smell so good. They contain small particles of cocoa for exfoliating and are super creamy and moisturizing. I didn't need any lotion after those.
Repurchase: Yes, after I use up my 18438482045 shower gels. 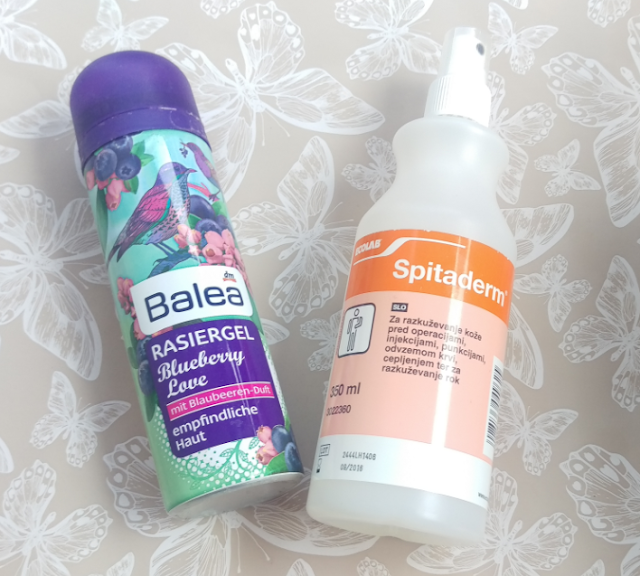 Balea Blueberry Love shaving gel
I always buy Balea shaving gels, they are cheap, they do their job and always have great scents.
Repurchase: Yes, but in a different scent.
Spitaderm
I go through one of those a month. I clean my brushes after every use with it and I also sanitize my makeup products.
Repurchase: I have few backups. 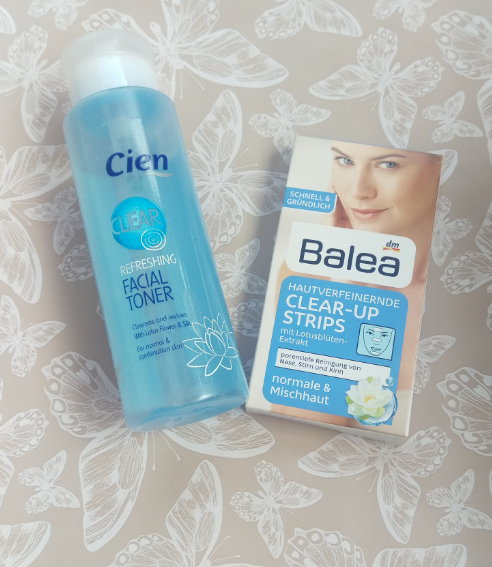 Cien Facial Toner
This was the only toner I was using in the past 3 years and it was great, but now I have some new ones and I think they are better. But I loved the pump!
Repurchase: No.

Balea Clear-Up Strips
I wrote about those in probably every empties post. They work wonders with getting my blackheads out. They are the best I've tried.
Repurchase: Yes! 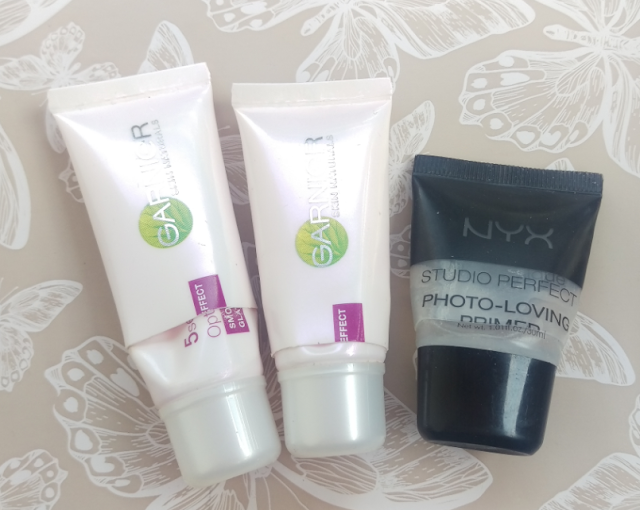 Garnier Perfect Blur primer
My favorite drugstore primer, I really love it, but I tried Balea version and it's the same, just 3€ cheaper and with better packaging.
Repurchase: No, since Balea has a same thing for cheaper.

NYX Studio Perfect Photo-Loving Primer
I had this one for a long time and I finally used it up. It worked ok, but it was a bit too silicony for me.
Repurchase: No. 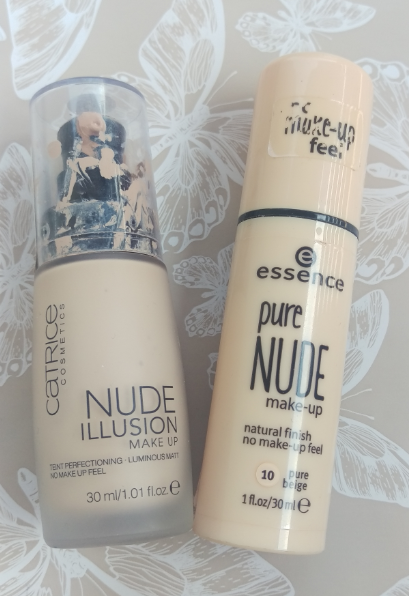 Catrice Nude Illusion in 020
This is one of my favorite foundations. It's not heavy on the skin, but provides  great coverage. I use it in the colder months if I am not too pale.
Repurchase: Already did!
Essence Pure Nude in 10 Pure Beige
Also a great foundation with a heavy yellow undertone if oxideses. But if I use a primer underneath it's perfect for winter.
Repurchase: Already did! 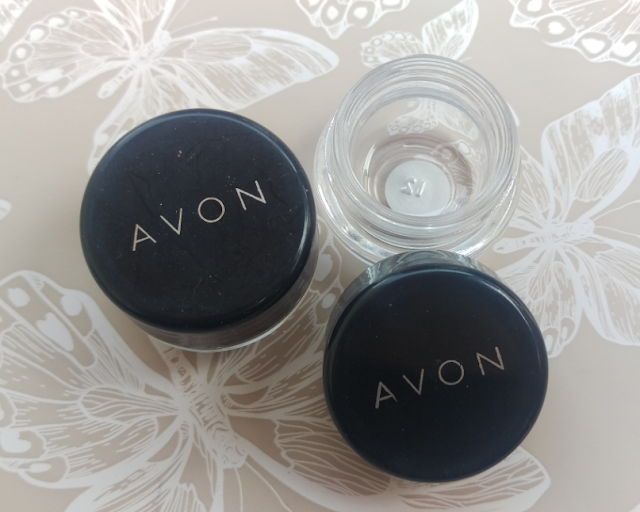 Avon Eye primer
I wrote a full review about my favorite eyeshadow primer, you can read it here.
Repurchase: Already did! 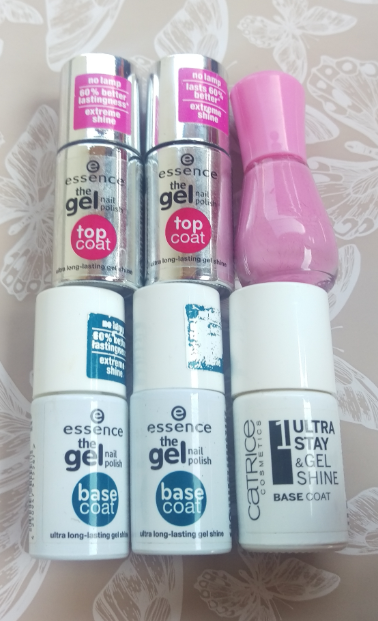 Essence The Gel Nail Polish Top Coat
It's a great, fast drying and in combination with base coat.
Repurchase: Already did!

Essence The Gel Nail Polish Base Coat
Same as top coat it works great in combination with it. It dries matte.
Repurchase: Already did!
Essence color & go Free Hugs
One of my favorite pink polishes.
Repurchase: It was discontinued.
Catrice Ultimate Stay & Gel Shine base coat
It's the same as the Essence version, but the brush was funky and it got thick really fast.
Repurchase: No. 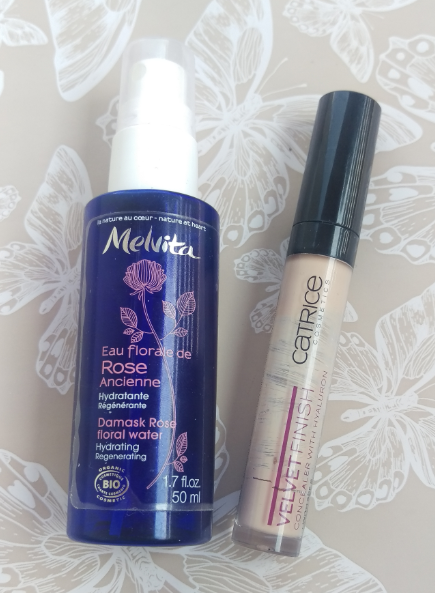 Melvita Rose Water
I used this spray as a toner, refreshing spray and setting spray. It worked great, the scent is very calming and it is great for keeping in your bag.
Repurchase:Yes!

Catrice Velvet Finish Concealer in 010
Very light shade of concealer, it really is velvety, does not set in lines and it smells wonderful floral.
Repurchase: Already did. 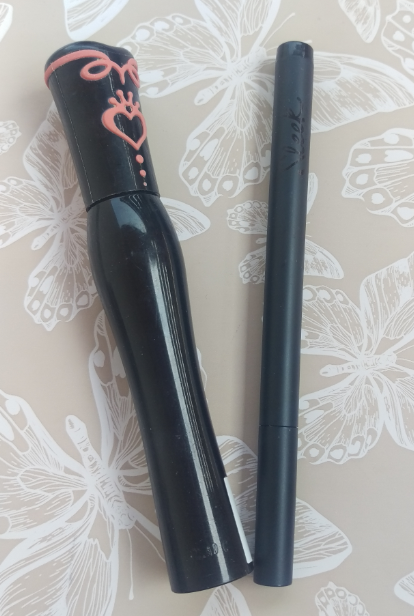 Essence Lash Princess Mascara
My favorite Essence mascara, separates lashes, it's not clumpy, very black and the wand really helps with reaching  every single lash.
Repurchase: Yes!
Sleek Flick It!" eyeliner in black
This is the only Sleek product that disappointed me. I love Sleek products, but this one came dry already...I was maybe able to draw 3 or 4 light gray lines but then it was dead. Maybe only I got an old one, but I'm not getting another for sure.
Repurchase: No way 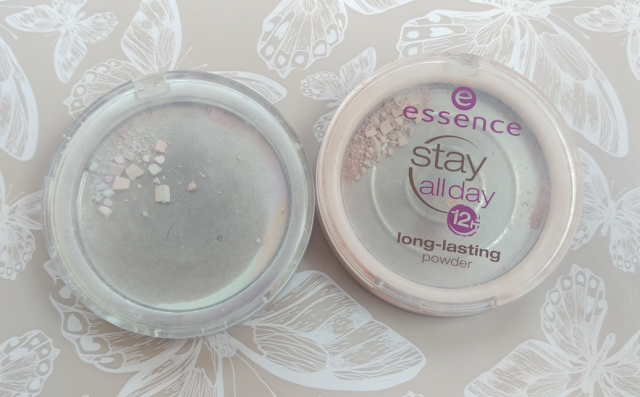 Catrice Color Correctiong Mattifying Powder
My #1 setting powder, so velvety, mattifies my face like no other, but it's discontinued.
Repurchase: I have a backup.

Essence Stay All Day Long Lasting Powder in 20
An OK powder, has a bit of color, but it's not providing coverage. It did its job.
Repurchase: No. 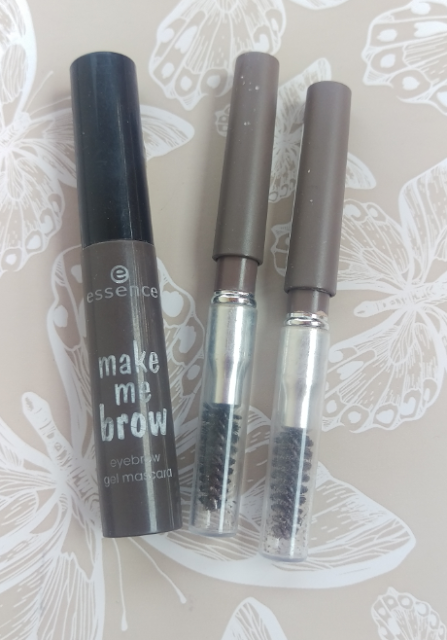 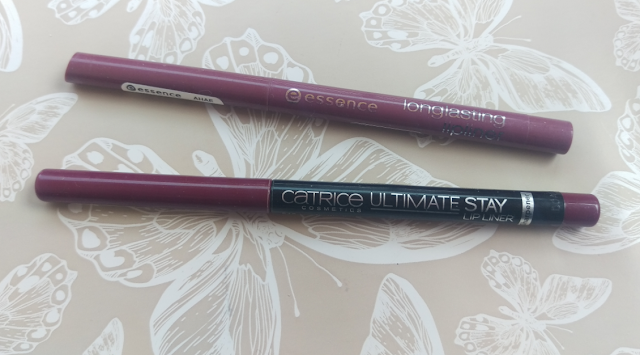 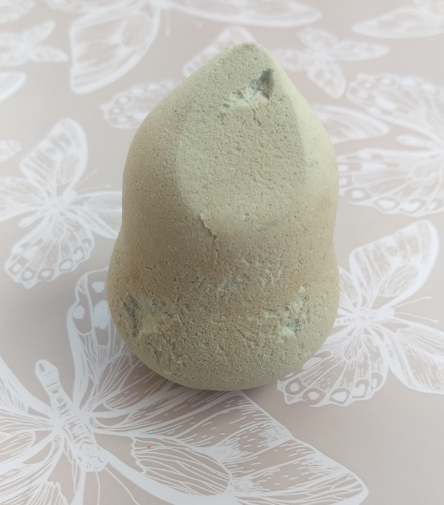 Nanshy Marvel 4in1 Blending Sponge
I've been using this sponge for over a year. Washed it every day before use with a bar soap and it always came out as new. After a year and 2 months it started to give up on life and cracked everywhere. I ordered a new one, but it is not even close to the old one...material and shape on the top are totally different.
Repurchase: Already did! 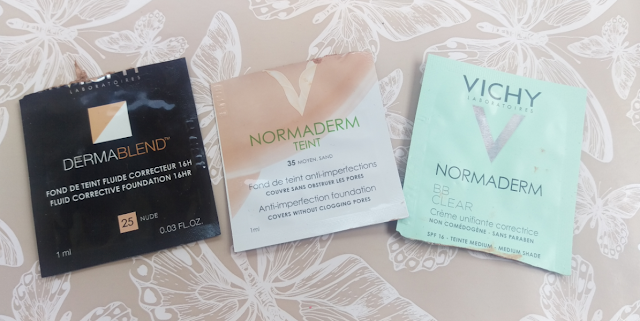 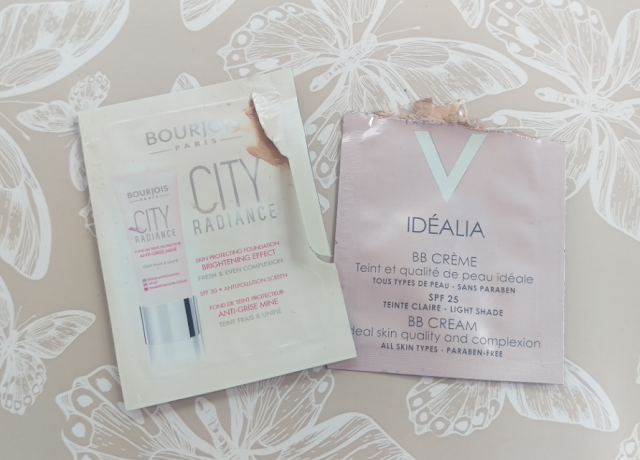 Bourjois City Radience
I grabbed a bunch of samples in DM, but when I came home I saw, they were all in a shade 03, which is way too dark for me, but I loved the formula and coverage, since usually all Bourjois foundations are flaking on me.
Repurchase: No.
Vichy Idealia BB Cream
The smell was great, but everything else did not impress me.
Repurchase: No. 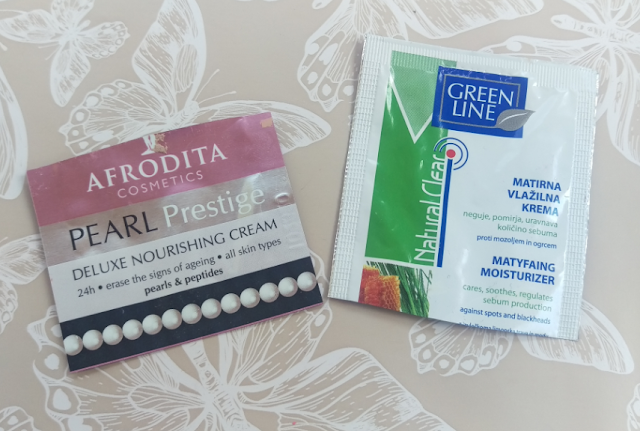 Afrodita Pearl Prestige Deluxe Nourishing Cream
It was really hydrating but very light on the skin.
Repurchase: Maybe.
Green Line Matifying Moisturizer
I was not really impressed with it. It did not moisturize or mattify my face.
Repurchase: No. 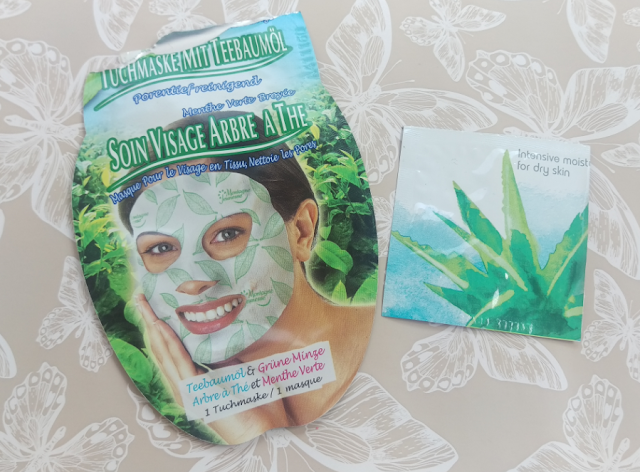 7th Heaven Tea Tree Paper Mask
This burnt like hell. So I had it on for 5 minutes, 5 minutes of and again 5 minutes on. I would not be able to have it on for like 20 minutes in a row.
Repurchase: Yes!

Lidl Cien
All Cien masks disappointed me, since you have to just wipe it off, but it doesn't do anything. I love mask that you wash off after they dry, peel off masks, paper masks...The only ''wipe off'' mask that I love is Balea Lavander Mousse Mask.
Repurchase: No. 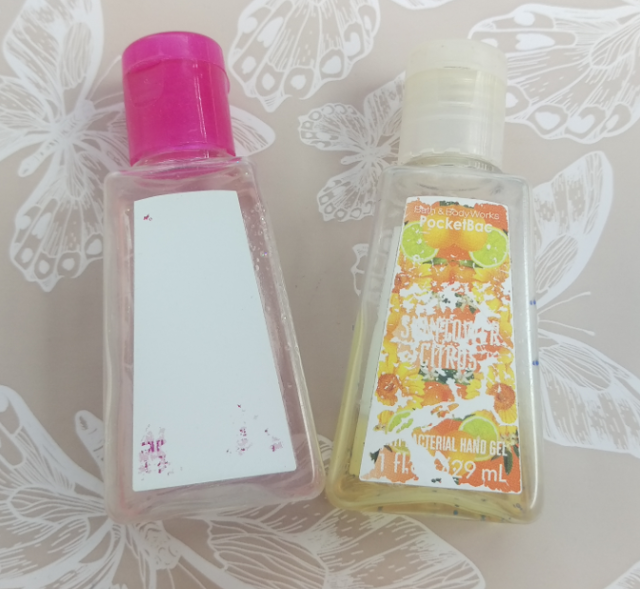 Have you tried any of those products I used up?
Any recommendations for me, what to try next?

Have an awesome sunny day!