Hello lovelies :)
I have a new nail polish review for you today. This time we will take a look at one of the new catrice nail polishes called (S)wimbledon. I am a big fan of turquise nail polishes, so ofcourse I had to have this colour when it came out :)
Here is what I think about it. 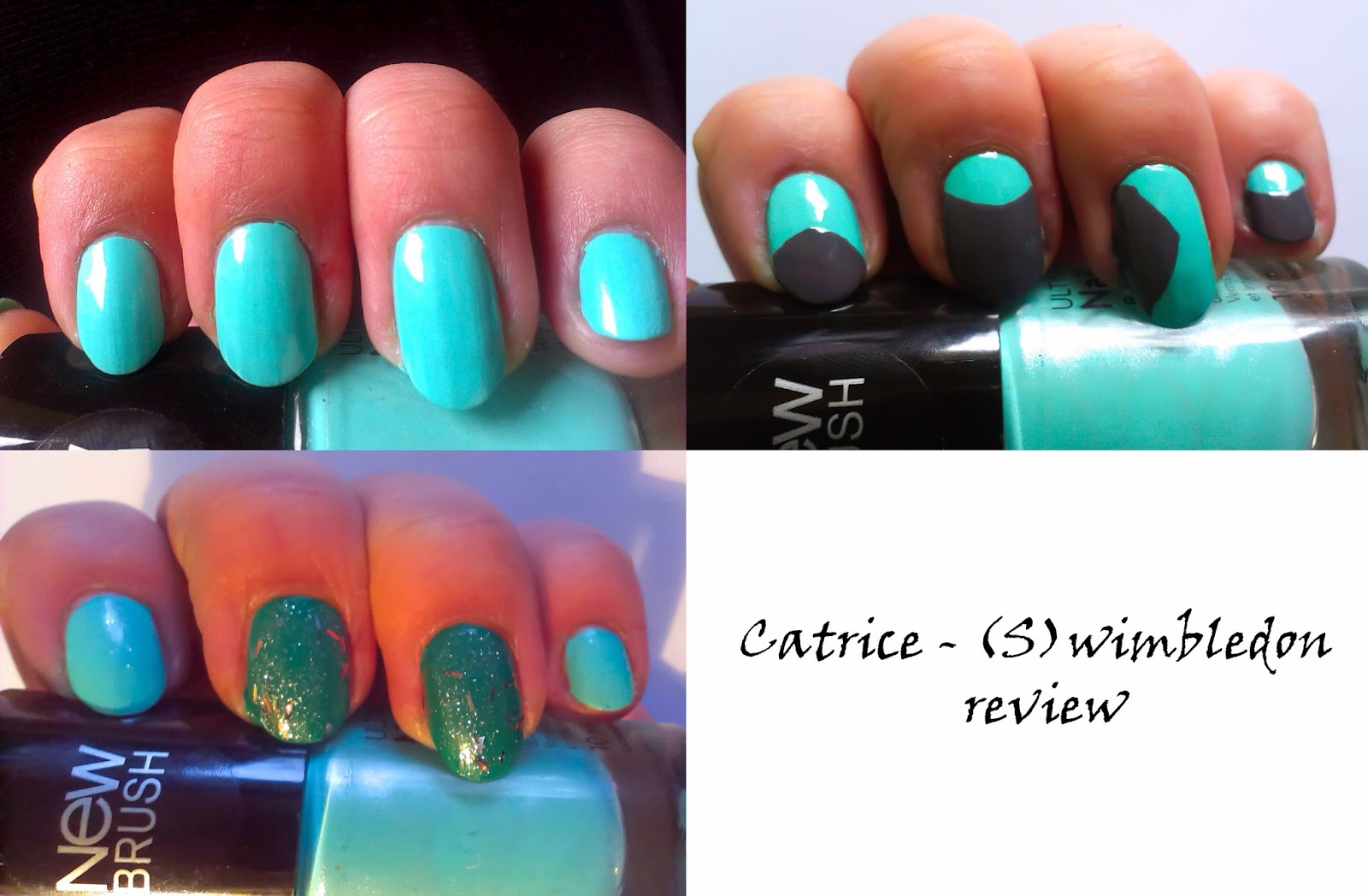 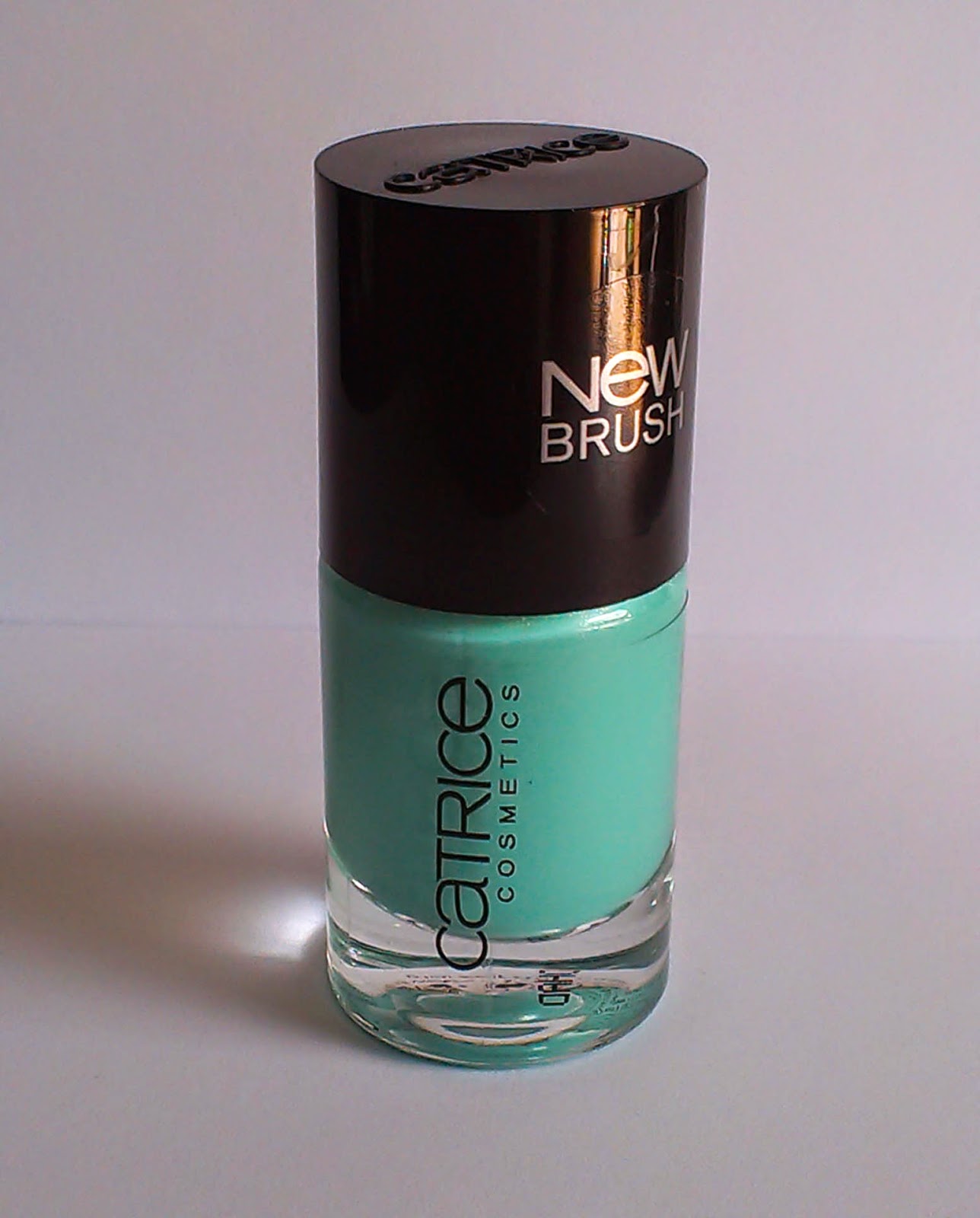 The nail polish comes in a round glass packaging with a black lid, which is a standard packaging for Catrice nail polishes. The packaging itself is quite sturdy and can survive a fall without cracking or breaking, aldough I do not recommend you to throw it on the floor xD. There is 10ml/0.33 fl. oz. of product. 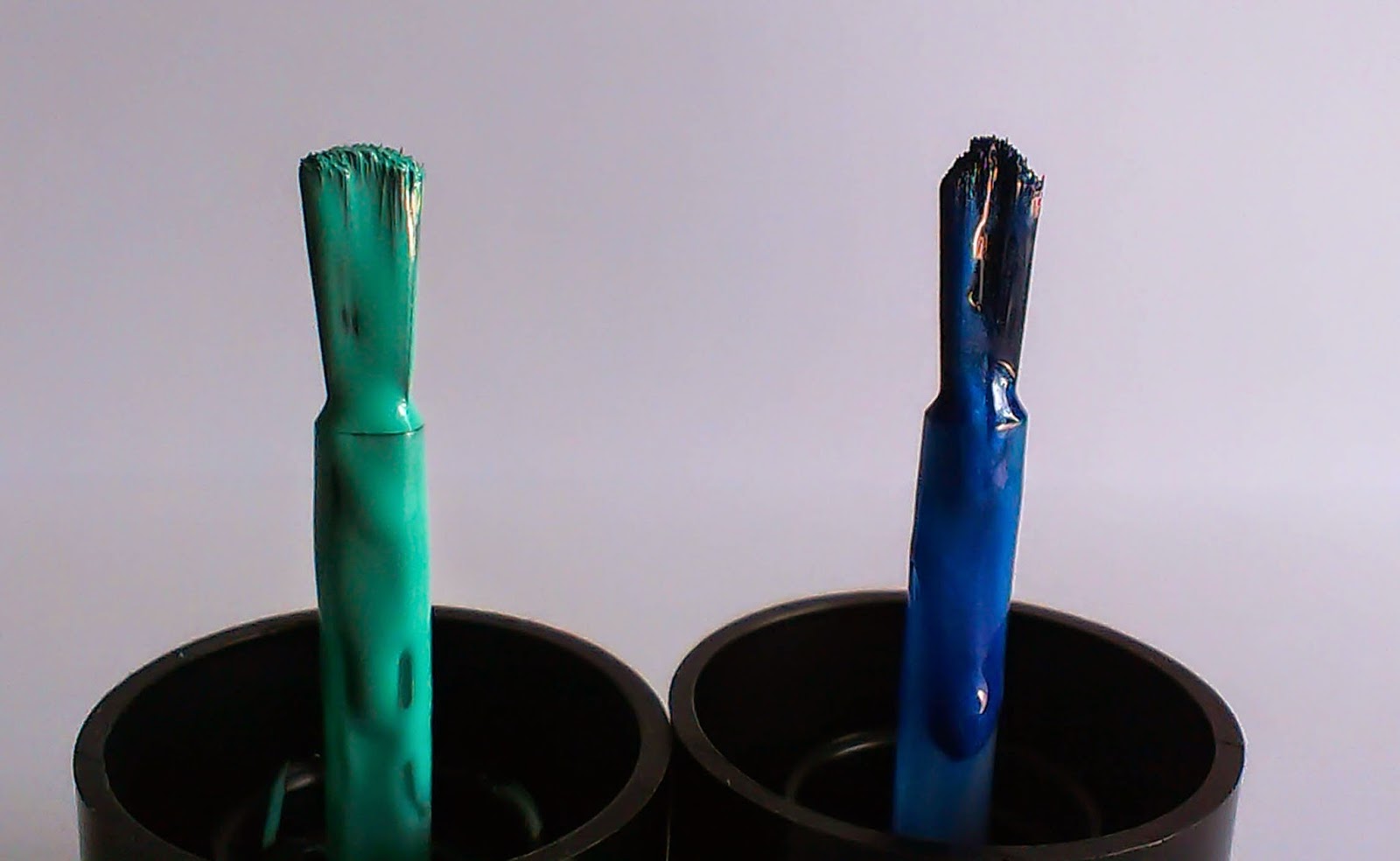 This nail polish is another one that has a new brush. You can see the comparison between the older and the newer brush on the picture. The new brush has more of a flat square cut, instead of the older pointy cut, which enables better application. 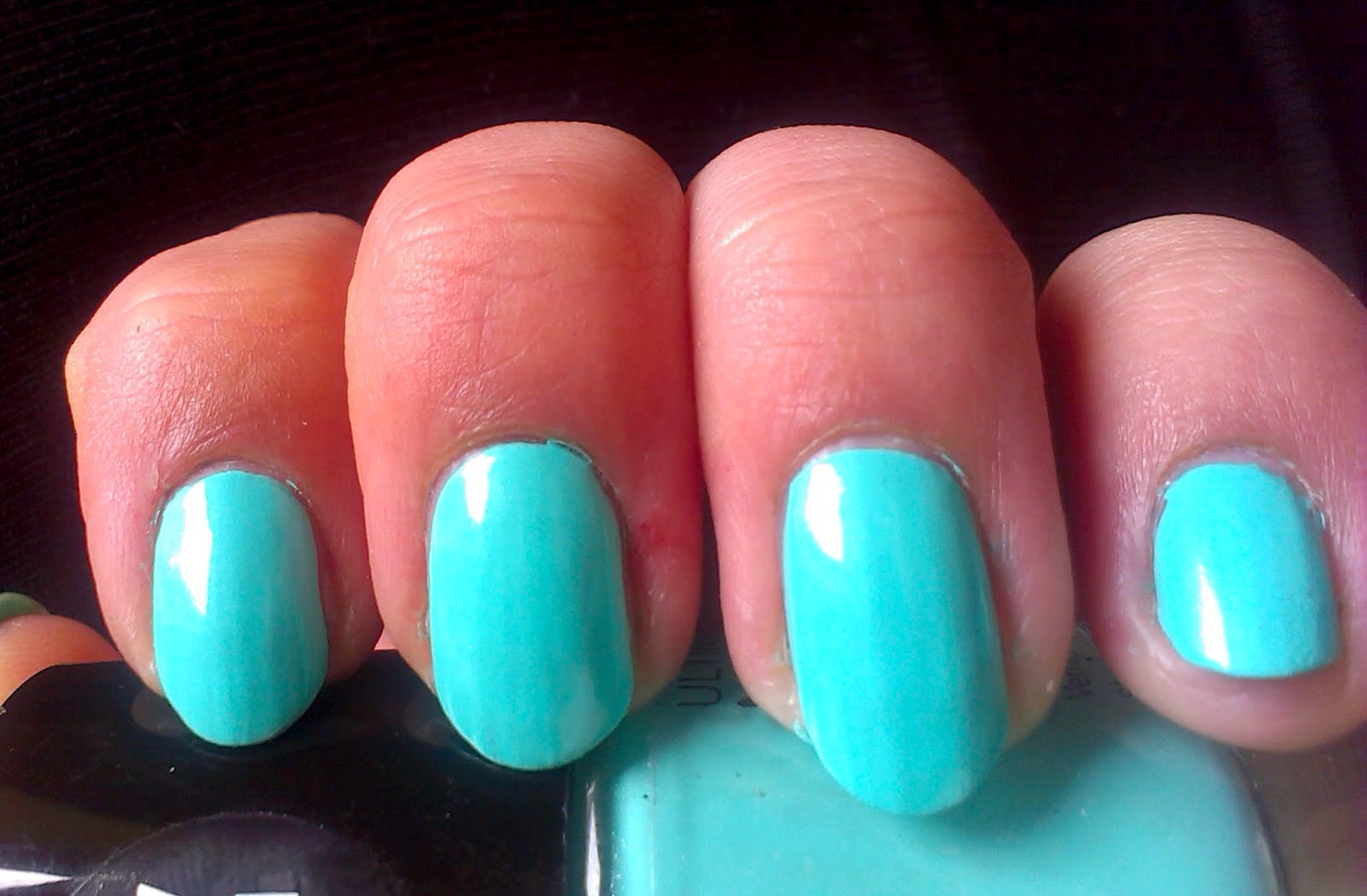 Now to the colour itself :) (S)wimbledon is a gorgeous turquise colour, that has a small amount of micro shimmer in it, but the shimmer is not visible on the nail. It is opaque in one coat, but for me it does require two coats, since it does not apply smoothly, because of the thicker formula. The second coat makes the nail polish appear much nicer and even on the nail. It lasts for about 2 days on my nails.

I wanted to compare (S)wimbledon to another colour I own, Essence - Grab This Hype (from the yes we pop! LE), because they appeared to be quite similar in the bottle. When applied on the nail wheel you can see that Grab This Hype has more blue in it, which makes it appear a bit more cool and not as bright as (S)wimbledon. Other than that these two colours are quite similar.

Did you try any of the new Catrice nail polishes?
Thank you for reading :)
Have a nice day :)
Tjaša :)